Teachers of the Light 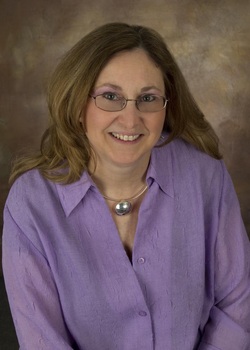 Rev. Sue Freeman is the co-founder of Blossoming into Light. In 2017, she formed a partnership with Rev. Leslie Treloar. Their mission is to serve those who are looking to live life on purpose through reconnecting to their authentic, divine self.

Sue’s experience includes being founder and owner of The Art of the Heart which she ran from 2009 to 2017. Her previous experience was in the corporate world working in Human Resources. In 1995, Sue began to awaken spiritually and became interested in Reiki. She continues to seek out training programs to deepen her own awakening as well as to offer additional services to her clients.

Other classes and training include Intuitive Development, Summer Intuitive Wisdom Series, Crystal Therapy, Sound Therapy, Reiki, Shamballa Reiki, Integrated Energy Therapy, Color Therapy, Light of Lemuria Reiki, Rose Light Reiki among others. Sue attended the Esoteric School of Healing where she completed their Healer’s Path program. She became an Ordained Minister and officiates weddings and offers blessing ceremonies. Sue is a Certified Empowerment Coach and has attended training being certified in Clinical Aromatherapy. She is certified to offer Raindrop Technique® and is a Certified Instructor of Raindrop Technique® with Lightwing Center.

Sue has a passion for essential oils, energy healing, teaching as well as the creative arts and combines a variety of modalities in her work. She also has a passion for building community and helping others make connections with their tribe.  Sue encourages her students to reach for their highest potential while uncovering, discovering, exploring, expanding and growing in their spiritual and day-to-day life journey. Sue believes in community, unity and collaboration with other like-minded individuals and fosters this in others.

Some of Sue’s offerings include:

For more information or to schedule an appointment, contact Sue at 862-222-4268 or through our contact page. Please feel free to browse our website for specifics on services, ascension tools and classes. 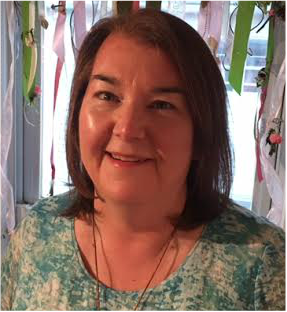 Rev. Leslie Treloar is the co-founder of Blossoming into Light. In 2017, she formed a partnership with Rev. Sue Freeman. Their life purpose is to serve those who are awakening to their unique and divine self.

Leslie has been studying a variety of modalities and spiritual practices for most of her life. Her journey began in her twenties. Over the past nine years, she has focused on developing her intuitive gifts along with training in Reiki, IET, Oneness Blessings and Energy Therapies such as Sound, Crystals, Color, Light of Lemuria Reiki, Rose Light Reiki among others.

In 2015, Leslie began teaching classes in Intuitive Development, Reiki, Chanting and Meditation as well as Essential Oils. One of her passions is teaching Intuitive Development. She loves to hold the space for her students as they learn how to trust, develop their gifts, and become more of their authentic selves.

Leslie was introduced to essential oils in 2012, which have become a huge part of her lifestyle. Essential oils have helped support all areas of her life and she loves to share and teach about them. Leslie became a Certified Clinical Aromatherapist in 2017 and continues to study and share the powerful benefits of these amazing oils.

She can be reached at (973) 876-1708 or via our contact page. For more information, feel free to explore our website for details on our mentorship programs, classes, and services. 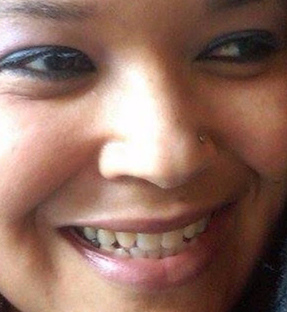 Rhonda is a Psychic and Reader of both Oracle and Tarot cards as well as an instructor, and the founder of Northern New Jersey Tarot. She purchased her first deck of divination cards at age 12 and has worked with them ever since. Rhonda has studied Tarot with some of the most respected and accomplished readers, authors and deck designers in the Tarot community and continues her studies by presenting at and attending annual international conferences. Her goal with every reading is to provide her client with a positive, insightful, and meaningful experience.

Rhonda is currently offering her “Foundations of Tarot” 101, 201 and 301 courses in an “Intensive” and “Practicum” format over two weekend days with Blossoming Into Light in Chester, NJ. This format was designed for those who know their schedule cannot accommodate a weekly course! “Intensive” is 4-hours of study and the “Practicum” is 2-hours of practice. Her regular 4-week weekly classes will return in the Fall.

and on “Tarot Off The Cuff” on YouTube at:

"Rhonda Alin!! She is such an amazing teacher! I had one professional Tarot reading many, many years ago that I still remember today because it was accurate and changed my life. While I always thought I was on the fence about learning Tarot, when the opportunity arose to take this beginner's class - I didn't want to pass it up. I had believed some misconceptions. Tarot was not scary. It alleviated my fears. It was not based on "bad things" - it helped me discover how to change my life for the better. Wanting to improve your life circumstances, or just understanding the nature of your being are just a few aspects discovered through Tarot. There is discovery and purpose that shines through with accuracy and possibilities. As with all classes through Blossoming into Light - this class comes from a place of love and light and Rhonda is phenomenal. Her clarity, guidance, and wisdom are top-notch. I don't know how I can be taught by anyone else after this fabulous experience, but as I learned through Tarot -- there are many teachers. Learning about myself isn't always easy and this class was a blast and so much fun. Tarot truly is a gift. Don't miss this opportunity!"
Heidi D. 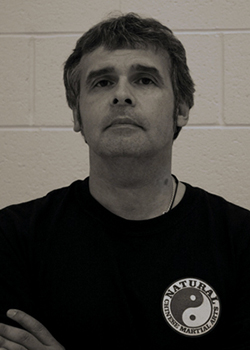 Sal Canzonieri has a BA degree in Behavioral Science (triple major in Psychology, Sociology, and Anthropology, with a Concentration (Thesis) on 'Subcultures and Societal Change' from Drew University in Madison, NJ. Also, he has a Masters degree in Holistic Psychology from the American Institute of Holistic Health and Wellness.

Mr. Canzonieri has been practicing traditional Chinese martial arts and since 1975 in such styles as Shuai Jiao (Chinese art of takedowns), Tong Bei, Shaolin, Taizu Chang Quan, Yue Jia Quan (Ba Fan Shou), Xing Yi, Tai Ji Quan, Ba Gua Zhang, and others. He began learning and practicing Qigong / Neigong since 1980. He has been a certified instructor since 1998 by the International Congress of Oriental Medicine and Martial Arts to represent the state of New Jersey in Chinese Qigong and Internal Martial Arts.

During the 1980s and 90s, he also studied nutritional healing with Gary Null, Dr. Atkins, and various others. He has been conducting research in the history of traditional Chinese martial arts styles for over 20 years and is most known for his history based articles in various martial arts magazines, such as “Kung Fu Qi Gung” magazine, "Han Wei" magazine, and other publications all over the world (translated in Spanish, Italian, Russian, and Chinese languages).

Mr. Canzonieri has also judged routines for 5 years during the 1990s at the Han Wei Martial Arts Tournaments. He also taught for over 20 years Qigong / Neigong and Martial Art classes for the Diversity Program and the Employee Health Program, at Bell Laboratories - Lucent Technologies, on ancient Shaolin methods of Qi Gung, Self Defense, and empty hand sets.

In the year 2000, Mr. Canzonieri won a Theodore Vail Award (for saving a person's life using his Neigong knowledge). From 2000-2008, Mr. Canzonieri was the chief instructor of The Whippany Kung Fu Club and the Natural Chinese Martial Arts & Qigong School of NJ (over 20 years) and resides in New Jersey, USA.

I initially started taking Qi Gong classes with Sal Canzonieri for stress reduction.  He helped me in that area tremendously, but the other benefits I have experienced over the last 10 years have been equally life changing. Sal cares about his students; he does not simply “lead” a class, he ensures that each student learns the correct technique for the student to experience the amazing benefits of Qi Gong and Tai Chi.  Those benefits include physical flexibility, stamina, physical and emotional strength, physical and emotional balance.  Over the last 10 years I have consistently heard the amazed comments from students, that although they arrived at Sal’s classes stressed, tired, stiff, and in pain, they invariably leave renewed.  I am thankful for the day I saw Sal’s sign in the window of Art of the Heart. 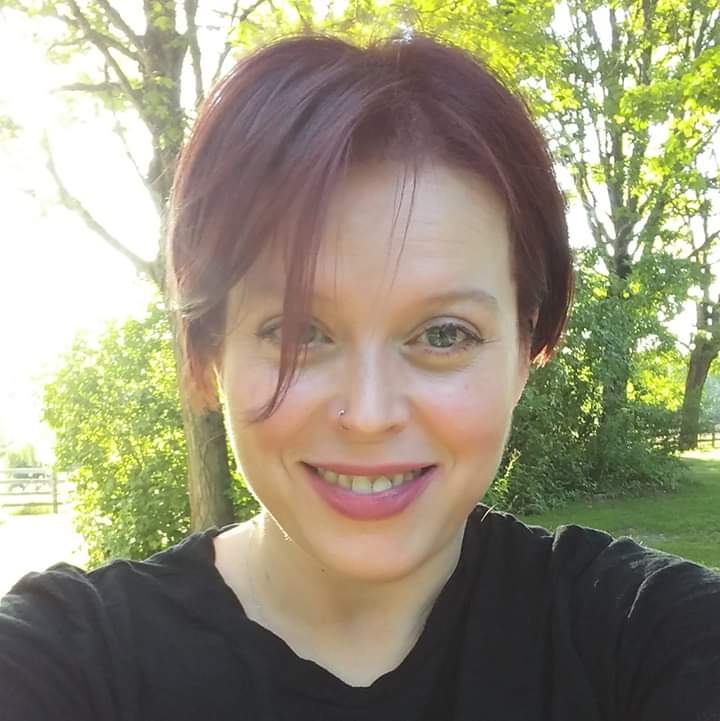 My joy in life is helping others uncover and find their way back to their best selves. I am a certified aromatherapist with over a decade of experience in creating products to support physical, emotional, and spiritual wellness. I am also a reiki master teacher and accredited EFT/TFT practitioner. I have studied IET and am certified as a reader of the Akashic Records.

One of my greatest passions is Human Design, which uses your birth information to find your unique soul energies. Human Design can help you find your way back to your soul's purpose, and bring harmony to your life and relationships. I love to combine Human Design with other modalities to find unique solutions and supports for my clients. It is my honor to work with you to bring your best self forward!

Reach Stephanie via email at mooncloudnj@gmail.com 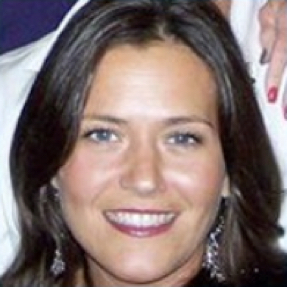 For the past 21 years, Katherine Montesano has been cultivating her expertise in the alternative health care field by blending the modalities of mind, body, and soul for increased health, vitality and empowerment in life.

For her, being a channel for Light Language has been a true gift from Source. This work she remembers in her heart. It came forth as a result of an opening of memory deep within her, an activation of her hearing Light Language 3 years ago. The modalities she learned and used over the past 21 years have all been training in different ways to work with energy, to understand the language of energy, and now to be the open vessel she is for this energy, light, frequency to speak through her to others.

It is her joy and privilege to bring this awakening energy to earth and you.